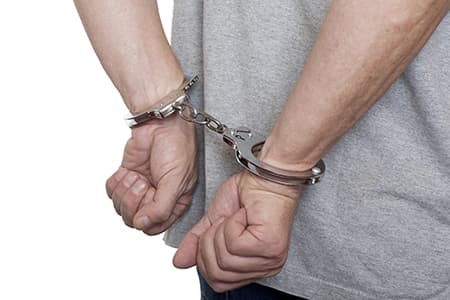 Drug raids all over Corona, California, and the surrounding area that included more than 300 police officers yielded more than 30 arrests as well as the seizure of more than two dozen guns, contraband, and illegal substances.

Mike Abel is a Corona police chief. He says: “Today’s joint operation and this entire investigation has been a great success due to the dedication and bravery of all the law enforcement agencies and personnel involved. The large amounts of narcotics, currency – and most importantly – the large cache of weapons seized, will no doubt disrupt the criminal gangs’ enterprise, thus making our communities that much safer.”

Gang members were the target of the sweeping drug raids, and reports indicate the following:

Derrick Marion is chief of the CDCR Office of Correctional Safety. He says: “Special Agents from the CDCR’s Office of Correctional Safety spent months tracking intelligence on the suspects. As a result of our agents’ work, and of the team effort of our law enforcement partners, a strong blow has been dealt to the Mexican Mafia that’s constantly working to extend their criminal enterprise in this region.”

The removal of such a large supply of illicit substances from the black market does have an impact on the ratios of supply and demand. People who are used to being able to easily access their drug of choice may have to spend more time seeking out what they are looking for, choose to use other drugs instead, or experience withdrawal symptoms if they run out or run low as they search for their drug of choice and/or a new connection.

Does this have an immediate impact? Certainly. For some, it may only be a mild inconvenience, but for others, it can mean that there is no “extra” at a party and thus no opportunity for first-time use that could lead to a substance use disorder, or no “extra” to contribute to a large dose that would in turn result in a deadly accident.

For long-term users, it can be the hundredth problem to arise from regular substance use. When supplies become scarce and someone gets sick due to withdrawal symptoms, or struggles with family problems due to increased agitation and erratic behavior caused by physical discomfort, it can trigger a domino effect. These events can make it exceedingly clear: Addiction is a problem, and treatment is needed.

When people live with an active addiction, they are not in control of their lives. Rather, the compulsion to use drugs in order to stave off withdrawal symptoms and stay high is the first order of business and all else falls to the wayside. Personal health, the wellbeing of others, trust in relationships, and the need to work to support oneself – all of this is unimportant if the person does not first have the substance of choice.

The hope is that removing drugs from the street will trigger a realization of the impact that drugs are having on a personal level. If things become uncomfortable enough, someone living with addiction and/or concerned family members may be inspired to make some tough decisions and begin the process of connecting with a treatment program that can be life-changing and lifesaving.

Are you, or is someone you love, ready to begin the process of regaining control over life and evicting drug use and abuse? What is the first step you need to take to help your family begin the healing process after addiction?