To combat the opioid epidemic that’s increasingly affecting youth, more harm-reduction strategies are being implemented like having Narcan, a lifesaving medicine, on hand at schools.

This month, the Los Angeles Unified School District announced a plan to have Narcan available on every campus in the next couple of weeks, beginning with high schools and middle schools. Narcan is a nasal spray form of the opioid overdose reversal drug, naloxone.

The decision, announced by Superintendent Carvalho, also says that the district will begin a widespread education campaign on the dangers of fentanyl with a peer-to-peer campaign that teaches older students to educate younger students about the risks of illicit pills and drugs. They are also planning to include an additional educational campaign for parents. According to the Superintendent, all LAUSD schools will have access to Narcan by the second week of October. School nurses and school resource officers (SRO) would be trained to administer this lifesaving medicine.

Over the last month, more than a dozen L.A. Unified students overdosed on fentanyl. This includes a 15-year-old High School student, who was found dead in the school bathroom after taking what she believed was Percocet, with her friend who also overdosed. According to officials they purchased the pills at a nearby park.

Knowing the signs of an opioid overdose can be a critical part of getting the person, student or adult, the care they need. Warning signs include but are not limited to:1

Naloxone can quickly reverse some of the life-threatening effects of the overdose like slowed or stopped breathing.1 If you use prescription or illicit opioids, or you know someone who does, having Narcan on hand can save your life or the life of someone you love. 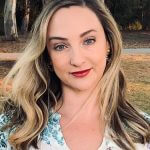