Opioids = #1 Cause of Overdose Death in San Diego 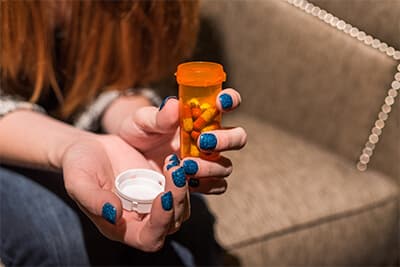 Opioids are causing a wipeout. San Diego County District Attorney Summer Stephan recently announced that opioids were the number one cause of overdose in San Diego for the first time, and that there are more overdose deaths and crimes related to opioid drugs than ever before.

Says Stephan: “Here in San Diego this year for the first time, the overdose deaths from opioids has surpassed every kind of drug, including methamphetamine. We’ve had over 250 overdose deaths related to opioids.”

Are opioid use and abuse and legal problems related to addiction causing problems in your family?

Though many people might assume that the rise in opioid overdose death rates and crime is due to an increased use of heroin spiked with fentanyl alone, the DA says that the larger issue in San Diego is an increase in the use of prescribed painkillers like oxycodone. He reports that drugstores and pharmacies are more frequently the target of robberies – twice as many in the last year – and that the perpetrators are looking to get pills.

Proximity to the Border

Another issue in Southern California is that many drug shipments coming in from drug cartels south of the border make their first stops in San Diego, Alisa Viejo, and the surrounding areas. It is an issue that is on the radar of the DA, and one that she and her office are working to remedy around the clock.

Says Stephan: “Cartels will bring drugs here through tunnels, drones, by strapping them onto children who walk across the border. Lately the biggest fad has been for cartels to use young kids in high school and sometimes junior high, lacing them with fentanyl. If the protective barrier breaks it’s going to kill these kids.”

For residents of the area, however, when these shipments do evade detection, it can mean an influx of deadly products of all kinds, including heroin laced with fentanyl and fake prescription pills often made of fentanyl. Similarly, pills stolen from local pharmacies and diverted to the black market, and other drugs that are shipped in from other parts of the country or the world, contribute to the significant drug addiction problem in Southern California.

Additionally, rising rates of overdose deaths continue to plague the nation. The Centers for Disease Control recently released a report announcing that more than 72,000 Americans died of a drug overdose in 2017, a number that is 7 percent higher than it was in 2016. If you are facing opiate addiction in your family, there are hundreds of thousands of families living through the same experience.

There Is Hope through Treatment

No matter what the drug of choice is, hope is available to families grappling with addiction through effective, research-based treatment. When addiction is the driving force in someone’s life, the underlying foundation for all their choices in relationships, at work, and at home, it is imperative to connect them with treatment as soon as possible. The sooner they are able to begin their own journey into recovery, the more likely it is that they will be able to avoid overdose and other life-altering medical issues that can develop during addiction.

Similarly, family members can also begin the process of healing. Addiction strikes everyone in the family even if only one person is living with the disease, and it is important for all who are impacted by that addiction and the choices that their loved one makes under the influence to get the help they need to recover. The more comprehensive the treatment program chosen, the more likely it is that family members will also get the therapeutic support they need to:

Are you ready to help your family move closer to addiction treatment services that will help everyone begin the process of overcoming addiction?