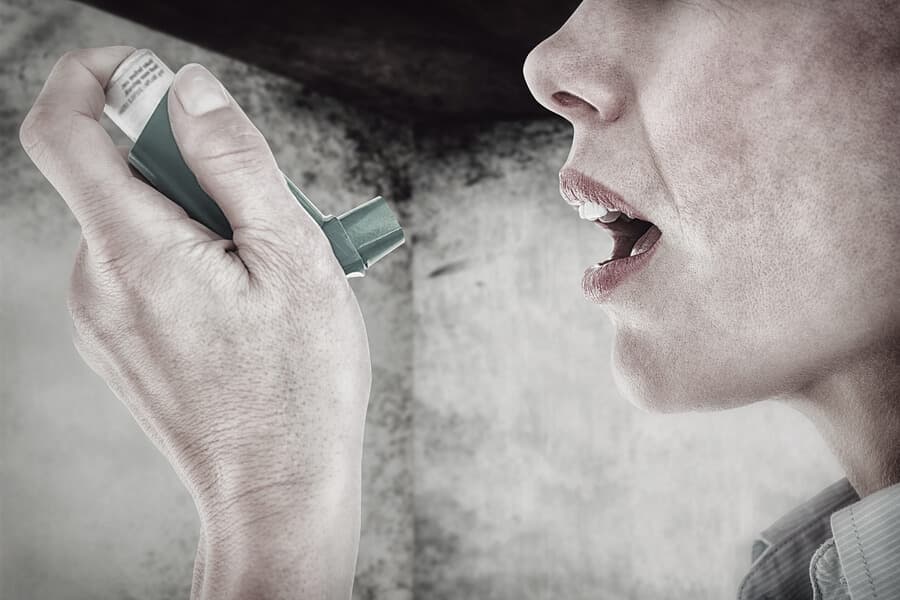 you suffer from frequent nasal congestion, you are probably familiar with the Benzedrex inhaler.

Many people use this over-the-counter medication to find relief from upper respiratory allergies, hay fever, or the common cold. A drug that stops the sniffles may seem innocuous enough. The drug is easy to access, and doctors sometimes recommend it for individuals as young as 6 years old. However, the active ingredient in the Benzedrex inhaler – propylhexedrine – possesses the potential for abuse and addiction.

Propylhexedrine was first developed as a replacement substance for amphetamine, which had been the active ingredient in Benzedrine inhalers (a precursor to Benzedrex) as early as the 1920s. This synthetic drug was considered a safer option than the highly addictive amphetamine, which became a Schedule II controlled substance in the 1970s. But over time, the medical community found that propylhexedrine and the Benzedrex inhaler still contributed to instances of abuse. A 1979 study in the American Journal of Medicine reported that between 1973 and 1979, 15 people died due to propylhexedrine use in Dallas County, Texas. Twelve of these deaths, their research discovered, were a direct result of misusing a Benzedrex inhaler.

Benzedrex inhalers are still available over the counter today; however, thanks to a concerted effort by the medical community, more people are aware of the drug’s potential for abuse as well as its dangerous side effects. The National Capital Poison Center warns visitors to their website of Benzedrex abuse and propylhexedrine toxicity. Doctors across the country monitor their patients who are using Benzedrex inhalers for signs of abuse, and researchers continue to study propylhexedrine use. As the body of research surrounding Benzedrex inhalers continues to grow, the public comes to a better understanding of this drug and how people who are struggling with its abuse can be treated.

Benzedrex Inhalers and Medical Use 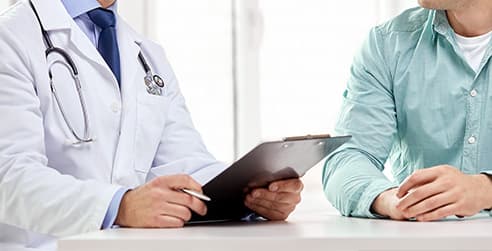 mentioned, Benzedrex inhalers treat nasal congestion that is symptomatic of hay fever, the common cold, or upper respiratory allergies. At first glance, it is easy to understand why the drug is easily available in local drugstores: It’s easy to use, and it treats an everyday ailment. To use it, an individual simply sprays the drug into each nostril. This releases a very small amount of propylhexedrine (0.4-0.5 milligrams), which will constrict the blood vessels in the nostrils. With the vessels constricted, the individual will experience temporary relief from congestion and sinus pressure.

Like all medications, Benzedrex inhalers carry the potential for uncomfortable side effects. However, when the inhaler is used correctly, these side effects tend to be relatively harmless. Common side effects include minor discomforts, such as:

Of course, these side effects can worsen should an individual overuse their Benzedrex inhaler. For example, drug manufacturer B.F. Ascher directs people to stop using their inhaler after three days, as the mucus membrane in the nasal cavity can become infected if exposed to too much propylhexedrine. It is also not recommended that children under 6 years old use a Benzedrex inhaler without consulting a physician.

So how does an individual come to abuse Benzedrex? The inhaler releases too little propylhexedrine to create a high, and overuse doesn’t seem have any positive, drug-like side effects. The potential for abuse lies not with the inhaler itself, but with its accessibility. To put it simply: It is very easy to purchase a Benzedrex inhaler at a local drugstore, and it is equally easy to take it apart and access the propylhexedrine inside.

The Risks of Benzedrex Abuse

Inside every Benzedrex inhaler is a cotton ball soaked with propylhexedrine. Most individuals who abuse Benzedrex receive the drug in one of these ways: They swallow the cotton ball whole, or they soak the cotton in lemon juice for a few hours and then either drink the liquid or take it intravenously. Individuals have described the resulting high, which lasts around eight hours, as similar to that experienced with crystal methamphetamine or Adderall. Because of this, the stimulant is popular with individuals looking to stay awake longer, whether they plan to party or study.

Some of the short-term side effects of Benzedrex abuse include:

Of course, Benzedrex abuse in any form is incredibly dangerous. Just as propylhexedrine constricts the blood vessels in the nostrils when used correctly, the drug constricts blood vessels throughout the body when misused. The result is an increase in body temperature and heart rate, which can damage the lungs and alter heartbeat with chronic use. If an individual regularly swallows the propylhexedrine-soaked cotton ball, they also run the risk for gastric blockage and other digestive problems.

Other long-term side effects of Benzedrex abuse include:

Finally, it is important to remember that Benzedrex abuse carries the same harrowing risks as any other type of prolonged drug use. If an individual uses the drug intravenously, they are at risk for contracting HIV, hepatitis, and other conditions that result from sharing needles.

Polydrug abuse, or the combination of multiple drugs to achieve a particular high, is also a risk for people using Benzedrex. A 2001 case study in the Journal of Analytical Toxicology, which examined a man’s death following a mix of propylhexedrine and mitragynine, is just one of many examples.

Overdose is a real possibility when an individual is using Benzedrex inhalers to get high. An article in U.S. Pharmacist attributes this devastating occurrence primarily to two side effects of intravenous Benzedrex abuse: brainstem dysfunction and fatal cardiac arrest. For example, let’s consider the 12 people who lost their lives due to intravenous Benzedrex use in the 1970s. According to the Handbook of the Medical Consequences of Alcohol and Drug Abuse, the cause of death was determined to be cardiac arrhythmia in all 12 cases – all of the people were between 26 and 36 years old. The connection between propylhexedrine use via Benzedrex inhalers and cardiac incidences points to how dangerous this medication can be. 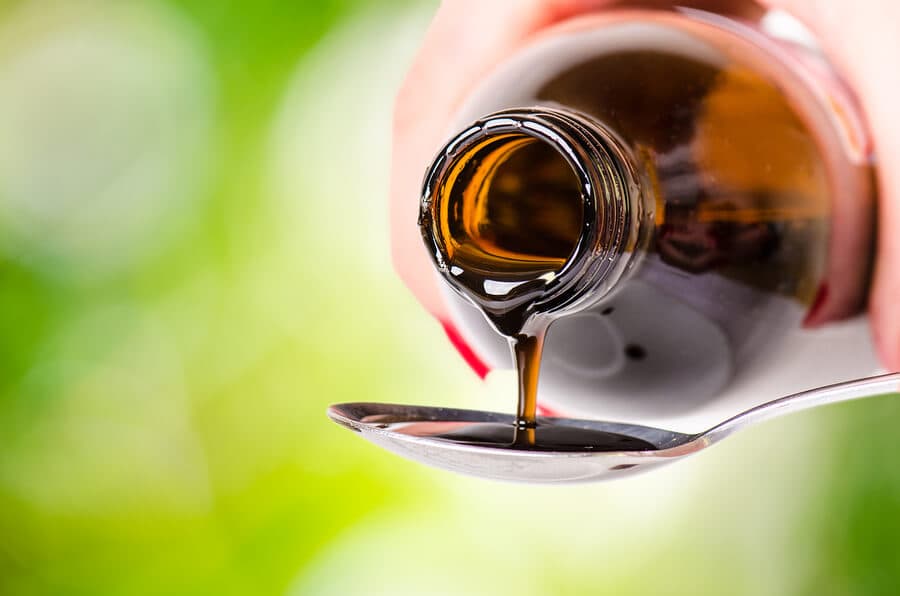 there is not much research on the addictive properties of Benzedrex, anecdotal evidence in rehab facilities across the country indicates a high potential for addiction to the drug. Many people who have used a Benzedrex inhaler to get high have described the feeling as “meth-like,” and when you look at the drug’s chemical structure, it’s not hard to understand why.

Propylhexedrine is very similar to methamphetamine on a chemical level. In fact, both drugs are structurally identical, with one key difference separating them: In propylhexedrine, a salicylic cyclohexyl group is present in place of methamphetamine’s aromatic phenyl group. The two drugs’ similarities explain their similar effects (both positive and negative) on the body, but they also lead to questions about the safety of Benzedrex.

An article in the Journal of Psychoactive Drugs encouraged the World Health Organization to reevaluate propylhexedrine’s uncontrolled status in 2012 for this very reason. The article discussed the Combat Methamphetamine Epidemic Acts of 2005 (CEMA), which put stricter regulations on the sale of ephedrine, pseudoephedrine, and phenylpropanolamine. CEMA’s goal was to curb the rising tide of meth labs in the United States, and while it accomplished this goal, it allowed Benzedrex inhalers to continuing enjoying their unregulated, over-the-counter status. The authors of this article argued that this decision was a dangerous one, as “the inhalers remain easily accessible either over the counter or online, and can be purchased individually or in bulk without a license or prescription.” If methamphetamine is a Schedule II substance, why does its cousin remain Schedule V?

Whenever a drug is being abused, the potential for addiction and long-term harm arises. When someone is willing to go through the steps necessary to get high from a Benzedrex inhaler – swallowing cotton, enduring the horrible taste, or even taking the drug intravenously – there is a strong indication of a deeper problem. Benzedrex may be a cheaper, more accessible replacement for another substance, but abusing it remains an addictive compulsion that can do serious harm to one’s body and life.

Addiction of any kind results from a psychological need as well as a physical one. If you are struggling with Benzedrex abuse, help is available. Various treatment facilities will work with you to end your dependence on the substance and gain a better understanding of what drives your addiction. With dedication and the support of family and friends, recovery can be achieved.