The development of physical dependence can occur with use and abuse of a number of different medications and with alcohol. Physical dependence is not always associated with abuse and addiction; it can occur in individuals who take a number of different drugs medicinally, such as narcotic pain medications (e.g., opiate drugs like Vicodin, Norco, OxyContin, etc.), benzodiazepines (e.g., Xanax, Valium, Klonopin, etc.), antidepressant medications (e.g., Paxil, Prozac, etc.), barbiturates (e.g., Phenobarbital, Seconal, etc.), cannabis products, and a number of other medications. In addition, the abuse of any type of drug or alcohol can be associated with the development of physical dependence.

Physical dependence consists of both the symptoms of tolerance (needing more of a drug to achieve the same effects that were once achieved at lower doses) and withdrawal (a reaction in the body that results in negative physical and emotional issues when the drug is abruptly discontinued or the dosage of the drug is significantly reduced). The standard procedure to deal with the withdrawal symptoms from a number of these substances is the use of a tapering strategy. The American Association of Addiction Medicine (ASAM), the largest organization of physicians and other addiction professionals in the United States, has developed formal guidelines for withdrawal management for a number of different substances.  These guidelines often include the implementation of a tapering strategy.

In addition to using tapering methods to directly assist in withdrawal from a specific drug, replacement drugs like methadone, Suboxone, or benzodiazepines may be administered in place of the original drug the individual was abusing to aid the withdrawal process. Opioid replacement medications like methadone and Suboxone are typically used for opiate drugs, and benzodiazepines are used for a number of different drugs, including other benzodiazepines, alcohol, and stimulant medications, in some cases.

consists of gradually weaning the individual off a medication or substance in order to minimize and reduce the withdrawal syndrome. The individual is administered decreasing dosages of the drug at specific intervals.

A tapering strategy gives the individual’s system time to adjust to slowly decreasing dosages of the medication/drug. In some cases, such as with alcohol withdrawal, individuals are administered a different substance. For example, for alcohol withdrawal, individuals are administered benzodiazepines. A tapering strategy is then initiated to minimize withdrawal symptoms, reduce potential dangers, and help the individual slowly adjust as they work toward complete discontinuation of the drug.

How Do Tapering Methods Work?

There are a number of different approaches to tapering, and some are more aggressive than others. As a general rule, ASAM recommends a slower approach to tapering to minimize withdrawal symptoms and to allow for physicians to be able to quickly adjust the medication in cases where there are complications.

The length of the tapering process depends on the individual’s response to intermittent decreases of the drug and the individual’s ability to tolerate successive intermittent decreases. When frequent dosage reductions or larger doses reductions are given, many individuals will experience potentially more severe withdrawal reactions. ASAM favors an approach where the dosages are reduced just enough to avoid any significant withdrawal reactions.

The tapering process varies, depending on the specific drug being used, the individual, and the physician.

An overall guideline of how the tapering process works follows:

?If the patient is experiencing withdrawal symptoms that they feel they cannot tolerate, this is typically considered to be a sign that the tapering process is either occurring too quickly for the individual or the dosages being administered are too low. The physician typically goes back to the previous dose at which there were few or no symptoms and readjusts the tapering process accordingly.

A successful tapering process has occurred when the individual no longer experiences withdrawal symptoms and no longer needs any level of the drug.

Withdrawal Management Is Not Recovery 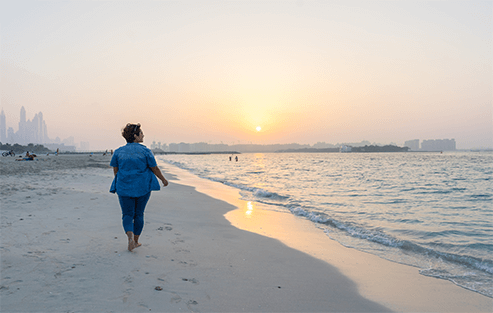 , it should be understood that simply going through the withdrawal process is not equivalent to completing a recovery program. Individuals who are going through physician-assisted withdrawal management programs will typically also begin treatment for their substance use disorder and should continue in treatment following the completion of the withdrawal management program. Simply going through withdrawal is only the preparatory stage for recovery from a substance use disorder. Individuals will need to participate in intense and lengthy treatment and aftercare programs consisting of therapy, support group participation, and other interventions in order to reduce their risk for relapse.

Relapse rates for individuals with substance use disorders are generally relatively high, even for those who participate in formal treatment programs. The National Institute on Drug Abuse (NIDA) reports that relapse rates for substance use disorders are equivalent to relapse rates seen in the treatment of other types of disorders that have strong behavioral components, such as diabetes, high blood pressure, etc. Based on these findings, NIDA considers relapse to be part of the recovery process for some individuals. Relapse rates are substantially reduced when comprehensive treatment follows withdrawal.

Because of potential complications and dangers associated with decreased tolerance, individuals should never attempt to initiate a tapering strategy without being under the supervision of a physician.

detoxmeth
Prefer getting help via text?
We're available 24/7 via text message. Signup below for access to our team when its convenient for you!
and many more...
✕
Instantly Check Your Insurance Coverage
Your information is safe & secure
At Laguna, we accept most types of private (non-government) insurance and offer a variety of payment options.
You can quickly and privately check your insurance benefits to see if you're covered for addiction treatment services. We’ll be able to tell you if your provider is in network with Laguna Treatment Center and all American Addiction Centers locations.
This means your treatment may be FREE1 depending on your policy, copay, and deductible.
Get the Info & Help You NeedWe're open across the US. Learn about your options.