Alcoholism has had a negative effect on Native American communities, however, causing emotional turmoil, physical health problems, and economic burdens. Native Americans have higher rates of alcohol use disorders compared with other racial groups (10.7% versus 7.6%).1 The high prevalence of alcohol abuse in the population has contributed to a false stereotype that a majority, or all Native Americans have unhealthy relationships with alcohol, when this is simply not true.3

History of Alcohol Use in Native American Culture 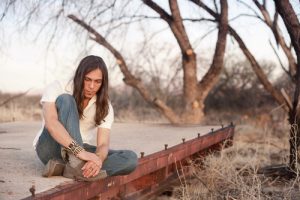 Prior to European colonization, Native American consumption of alcohol was mostly limited to weak brews that were used predominantly for ceremonial purposes. More potent forms of alcohol were not available; thus, alcohol abuse was virtually nonexistent. There was no framework with which to view alcohol abuse as an inherent danger, and so there were no regulations around alcohol use in the tribes.3

When European colonists arrived in America, they brought large amounts of distilled spirits and wine and quickly found they could trade alcohol for much-needed necessities such as fur and other resources and that they could gain a negotiating advantage by offering free alcohol to the Native Americans during trades.3

Heavy alcohol consumption and drunkenness were common among the colonists, who provided an early model of excessive drinking to the Native Americans whose alcohol, up to that point, was hardly worth noting. Early demand of alcohol in trade deals, along with no regulation, strong encouragement from traders, a new model of recreational drinking, and little historical consumption, made alcohol abuse a quickly evolving problem in Native American communities and began a generational model for heavy patterns of consumption. Heavy alcohol consumption was not limited to colonists but miners, soldiers, trappers and others who interacted with the community as the land was colonized from East to West.3

While there is speculation that the high rates of problematic alcohol use among Native Americans originated as a result of early ceremonial use of alcohol, this theory ignores the fact that there was no access to highly potent distilled spirits and relatively rare frequency of use prior to colonization.3

Others have made parallels to the Native Americans’ use of substances such as peyote as a sacrament in religious ceremonies of the Native American Church. However, this argument falls short, as ceremonial use of substances in Native American spirituality is done in controlled settings and discourages disruptive or maladaptive behaviors. It is conducted in a ritualistic manner, with specific rules that must be followed, so a comparison to such a ceremony to disordered drinking is a faulty one. In fact, peyote rituals are sometimes used within the population to address alcohol and other substance use disorders.3 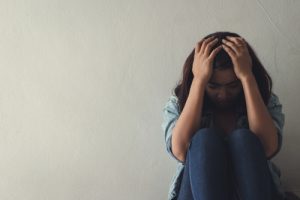 Compared with other racial/ethnic groups in the United States, Native American youth tend to have disproportionally high rates of lifetime and past-month alcohol use. They are also more likely to initiate use at a younger age.  Native American children tend to experience high rates of trauma and loss, violence, and other adverse childhood experiences. This combination of early alcohol use and adverse childhood experiences sets them up for increased susceptibility to future problems with substance abuse.4

Native American youth may be at further risk of substance use disorders due to an increased risk of early mental health problems. The Substance Abuse and Mental Health Services Administration reports:

Numerous historical injustices and traumas that Native Americans have been forced to endure may also be contributing factors to high rates of alcohol abuse. Many Native American tribes have experienced violence, trauma, family separation, mental health problems, and other risk factors for substance addiction.7 For example, many tribes were forcibly removed from their lands in the mid-19th century and given inadequate supplies to survive the move. Many Native Americans died during these forced migrations.8 Also, beginning in the late 19th century, many Native American children were required to attend government-run boarding schools. Sometimes forcibly removed from their parents, the children were not allowed to speak their native language at these schools, and, while some had good experiences, many others suffered physical and emotional abuse inside the militaristic institutions.9 These are only two examples of the traumas that Native American tribes have faced.10

It has been hypothesized that Native Americans may be genetically more predisposed to alcoholism than the general population. Numerous studies have sought to find differences in the way Native Americans metabolize alcohol; however, there’s little evidence that biological risk factors play a greater role in alcohol use disorders among Native Americans compared to other racial groups.11 The stereotype of Native American’s being unable to  “hold their alcohol” is known as the “firewater myth” and  persists to this day. In fact, the “firewater myth” may actually contribute to a disordered relationship with alcohol. Researchers have found that when Native Americans and Alaska Natives believed in their own genetic predisposition toward alcohol abuse, they tended to use alcohol in greater amounts, engaged in more episodes of heavy drinking, and experienced more consequences of alcohol use.12 Additional research suggests that dispelling this ethnicity-specific misconception might be effective in reducing problematic drinking behaviors in Native American college students.13

A recent study from Psychological Services researched the impact of incorporating traditional Native American spiritual practices as part of substance abuse treatment in these communities. Their findings support positive outcomes for such methods, and researchers concluded that affirming spirituality throughout the treatment process can improve outcomes in multiple areas of life and may even help contribute to cultural revitalization.15

If you or someone you love needs treatment for addiction and you need to find a program that incorporates Native American values, culture, and spirituality, there are several places you can start: 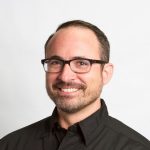