Concerta is the brand name for extended-release form of methylphenidate, a stimulant medication use in the treatment of attention deficit hyperactivity disorder (ADHD) and narcolepsy.

Methylphenidate is also found in the drug Ritalin. Methylphenidate is classified by the Drug Enforcement Administration as a Schedule II controlled substance, indicating that it has sufficient evidence to designate the substance as having medicinal properties but as being highly prone to abuse and/or the development of potential physical or psychological dependence. It can only legally be acquired with a prescription.

The use of methylphenidate for medical reasons began in the 1960s, but the drug became increasingly popular when it was used as a potential treatment for children with ADHD. Because ADHD is believed to result from the underperformances of certain areas of the brain (especially the frontal and prefrontal cortices) that primarily use the neurotransmitters dopamine and norepinephrine, stimulant medications like methylphenidate are believed to result in increasing the levels of these neurotransmitters and lessening the symptoms of ADHD. However, there is been some controversy regarding the use of these medications in children and the potential for numerous side effects that include the development of obsessive-compulsive like symptoms, cardiovascular issues, developmental issues, and the potential for physical dependence.

Concerta was developed as an alternative to Ritalin. Since Concerta is the extended-release form of methylphenidate, a single dose can last as long as 12 hours. This eliminates the need for children in school to take Ritalin during class time. The can take the drug once in the morning, and teachers do not have to worry about the child getting their medication during the day.

Methylphenidate has an average half-life of about 3.5 hours in adults and 2.5 hours in children. Like most stimulant medications, it is eliminated quickly from the body. Concerta will have the same half-life, but it is metabolized slower and will stay in the system longer. For most people, methylphenidate will be entirely eliminated from their system and be relatively undetectable, depending on the means of detection, within 12-24 hours after discontinuation.

Because Concerta and other drugs containing methylphenidate can only be purchased with a prescription from a physician, any person using Concerta without a prescription or using more Concerta than prescribed is abusing the drug. Stimulant medications are abused for a number of reasons, often by high school students and college students. Part of the myth surrounding these drugs is that they can make people more intelligent. As it turns out, this is a myth. When they are abused, stimulant medications like Concerta promote wakefulness and result in the need for less sleep, which many students find helpful when cramming for exams; however, they do not enhance intelligence or learning abilities.  At low doses, they do improve attention, but at moderate to high doses, they can make people very distractible.

The availability of a drug is often associated with its potential for abuse, and the availability of Concerta has increased dramatically in the United States due to its popularity in treating ADHD and a rise in prescriptions of the drug. Another factor that contributes to the abuse potential of a drug is how fast its effects are delivered. Individuals who abuse Concerta typically grind up the tablets and snort them or dissolve them in liquid and inject the substance. This results in a much more rapid delivery of euphoria, increased energy, amplified feelings of wellbeing and overall excitement, and seemingly enhanced cognitive effects. However, these effects also rapidly dissipate, and individuals may continue using the drug, if available, at quantities far in excess of what would normally be considered the maximum daily dosage. Because tolerance to stimulants develops rapidly, and individuals find that they do not experience the initial effects of the drug once they have used it for a short time, abusing Concerta can lead to a rapid cycle of compulsive drug usage.

The potential side effects from abusing Concerta include:

Of course, chronic use of the drug may also result in the development of tolerance, potential withdrawal symptoms that will be primarily emotional and psychological in nature, and the potential to develop a severe stimulant use disorder.

How Addictive Is Concerta?

According to the DEA, Concerta carries a high risk for the development of abuse. An addiction, or as it is now termed clinically a severe substance use disorder, refers to the compulsive use of a substance despite experiencing multiple negative consequences associated with using it. The compulsion can be driven by psychological factors, physical factors, or combination of both psychological and physical factors. According to this notion of a severe substance use disorder, Concerta can be highly addictive when abused.

Some of the signs associated with an individual who is abusing Concerta include:

Who Is Susceptible to Developing a Stimulant Use Disorder? 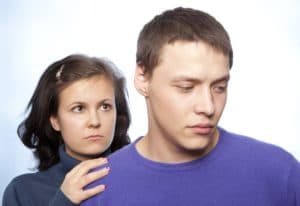 Individuals who use prescription medications under the supervision of a physician and within the parameters specified by the prescription are not typically candidates to a develop substance use disorders to these medications. Individuals who have ready access to these drugs, such as the friends or relatives of someone who uses them; who obtain them illegally from other sources; and who use them for reasons other than their intended use, such as to stay awake or study, or for their euphoric effects, are at a high risk to develop substance use disorders to these prescription medications.

Young people, particularly high school students or college students, appear to be potential candidates for the abuse of Concerta, adderall substance abuse and other similar medications. In particular, individuals who are involved in work or school for long hours, looking for some method to increase their energy and decrease the need for sleep, and looking for a “quick fix” to studying for their classes may be particularly prone to abusing Concerta and other similar drugs. In addition, younger individuals in the workforce who are looking for increased energy, a decreased need for sleep, and a quick “pick me up” can be at increased risk to develop an abuse issue in regard to Concerta or similar drugs.

Individuals who abuse Concerta are typically diagnosed with a stimulant use disorder, and these individuals will require the same type of treatment considerations that individuals with other substance use disorders need to get focused on recovery. Treatment often includes medically assisted care, such as medications to address issues during the detox period and beyond, therapy and counseling to address personal issues and other conditions associated with the substance use disorder, and a long-term aftercare program to keep them focused on recovery.

adderallconcertasedativesstudy drugswithdrawal
Prefer getting help via text?
We're available 24/7 via text message. Signup below for access to our team when its convenient for you!
and many more...
✕
Instantly Check Your Insurance Coverage
Your information is safe & secure
At Laguna, we accept most types of private (non-government) insurance and offer a variety of payment options.
You can quickly and privately check your insurance benefits to see if you're covered for addiction treatment services. We’ll be able to tell you if your provider is in network with Laguna Treatment Center and all American Addiction Centers locations.
This means your treatment may be FREE1 depending on your policy, copay, and deductible.
Get the Info & Help You NeedWe're open across the US. Learn about your options.