Before discussing Asperger’s syndrome, it is important to note that this is no longer a standalone diagnosis used by the American Psychiatric Association.

The reasoning for the change was that new research apparently did not support a separate diagnosis for both Asperger’s disorder and autism spectrum disorders, and there was a lack of continuity in the way these diagnoses were being made. The resulting change in the DSM-5 was designed to reflect the new research findings and to make the diagnostic process more descriptive and more efficient. The DSM-5 does contain another diagnosis, social communication disorder, which contains many of the features of the previous Asperger’s diagnosis. However, it is not the same diagnosis as the Asperger’s syndrome that appears in the earlier editions of the DSM.

It is important to understand that the diagnosis of any psychiatric or psychological disorder can only be made by a trained and licensed mental health professional. The information provided in this article is designed to be used for educational purposes only

According to the DSM-IV-TR, the essential features of Asperger’s syndrome are severe impairment in social interaction and the development of repetitive and restrictive patterns of behavior, interests, and/or activities. 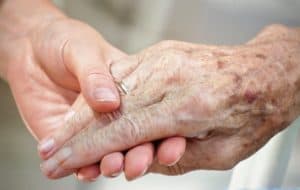 In order to receive a diagnosis of Asperger’s disorder, the individual would need to display the following symptoms:

In addition, the individual does not display a significant developmental delay associated with language or in other areas of cognition and/or age-appropriate self-help skills. The person’s behavior results in significant impairment in their functioning at school, in their relationships, or in other areas, and the person’s symptoms are not better explained by some other psychological or psychiatric disorder or a medical condition.

Individuals diagnosed with Asperger’s syndrome displayed a continuum of deficits that ranged from mild to severe. They typically were very preoccupied with very circumscribed interests; however, they lacked a number of other social skills and often appeared to be intrusive when discussing their interests with others. Unlike individuals who were diagnosed with autism, these individuals do not demonstrate severe issues with verbal functioning but display many of the issues with social functioning and the restricted interests that are often seen in autism. Many of these individuals have difficulty functioning without significant assistance, and they often have a number of difficulties in forming appropriate relationships with their peers.

Thus, the bottom line is that as a group, individuals diagnosed with Asperger’s syndrome are not at a significantly increased risk to develop substance use disorders. There is potential for them to develop other forms of addictive behaviors.