Narcolepsy and Drug Use

Narcolepsy is a neurological disorder that is primarily believed to be related to disruptions in the sleep cycle, particularly with the rapid eye movement sleep cycles that many people refer to as REM sleep.

This disorder can be diagnosed in nearly anyone, but is it typically diagnosed between the ages of 7 and 25. 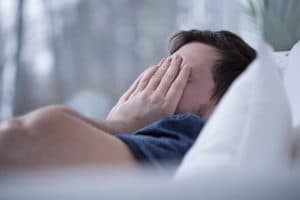 The most commonly documented symptoms  that are associated with narcolepsy are:

There is ongoing research that has suggested that low levels of a neurotransmitter known as orexin or hypocretin may be associated with the disorder, and some forms of narcolepsy may be associated with the loss of neurons in the brain that produce this neurotransmitter. This research indicates that at least some cases of narcolepsy may result from an autoimmune disorder that results in the loss of these neurons and that this autoimmune disorder may have a genetic component. In rare cases, individuals who experience traumatic brain injuries may develop narcolepsy, further suggesting that disruption of specific categories of neurons may be one potential cause of the disorder.

Since narcolepsy is a neurological disorder, it can only be diagnosed by a physician, preferably a neurologist. Some of the assessments used to assist in the diagnosis of narcolepsy include:

There is no known cure for narcolepsy, and most individuals diagnosed with the disorder will get involved in lifetime pharmacological management for their symptoms as well as a behavioral management program designed to help them sleep. Medications commonly used in the treatment of narcolepsy include:

Stimulants: A number of different stimulant medications can be used to treat EDS, including Ritalin and Adderall (but typically not time-released forms of these drugs), Provigil, Nuvigil, and a number of others.

Individuals with narcolepsy can also benefit from therapy, particularly a sleep maintenance schedule where they learn the productive sleep habits that can reduce the issues they have with nighttime insomnia.

Some of the medications that are used in the treatment of narcolepsy, such as amphetamines (particularly stronger amphetamines like dextroamphetamine or methamphetamine) and sodium oxybate, do have the potential for abuse, and these drugs would need to be administered under the strict supervision of a physician.

Individuals who have narcolepsy and are diagnosed with a co-occurring substance use disorder require that both of these disorders be treated concurrently. These individuals require the traditional approach to substance abuse treatment that would include placement in a withdrawal management program if they have developed physical dependence on alcohol or some other drug, therapy for substance abuse, social support for substance abuse, family support, and other supports and long-term aftercare programs that assist them in coping with stress, engaging in a positive program of relapse prevention, and maintaining an ongoing program of sobriety. If these individuals are diagnosed with any other comorbid psychological condition, such as depression, that also needs to be addressed along with the narcolepsy and substance use disorder.  A complicated treatment program such as this requires a multidisciplinary approach that includes a number of different physicians, psychologists, counselors, other therapists, and specialists, and a strong program of peer support.