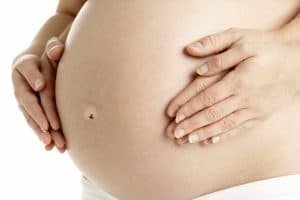 Drug and alcohol abuse rarely affects just the individual engaging in the practice.

Family members, friends, partners, and coworkers all bear the brunt of their choices. Even society pays for the pitfalls of substance abuse in many ways.  Drug and alcohol abuse aren’t healthy choices for anyone, but when it comes to pregnant mothers, the side effects can be deadly. When suffering from addiction, however, the potential of fatality or life-altering birth defects may not be enough to deter mothers-to-be from abusing substances. As a chronic medical condition, substance abuse often isn’t a matter of choice when addiction is present.

The Substance Abuse and Mental Health Services Administration accounts for 5.4 percent of pregnant women aged 15-44 using illicit substances while pregnant during 2012 and 2013. There appeared to be an increased likelihood of substance abuse while pregnant associated with younger age of the mother. The rate of substance abuse for pregnant mothers aged 15-17 was 14.6 percent, compared to 8.6 percent among those aged 18-25 and 3.2 percent for moms aged 26-44.

Age isn’t the only dividing factor though; race and ethnicity impact matters too. SAMHSA also reports 7.7 percent of black women abused illicit drugs while pregnant while 4.4 percent of white women and 3.1 percent of Hispanic women did.

Unfortunately, today’s culture has evolved into one where substance abuse while pregnant is even considered acceptable by some. In fact, even doctors are routinely telling pregnant women under their care that moderate amounts of alcohol while pregnant isn’t harmful. TIME Magazine published an article in 2012 detailing the results of a study out of Denmark that proposed consuming as many as eight alcoholic beverages a week may be perfectly safe while pregnant. Claims such as this are met with adamant opposition by authoritarian organizations on the issue like the March of Dimes, which stands firm in its position that any amount of alcohol can be dangerous to a developing baby.

The Biology of Pregnancy

Throughout pregnancy, fetal development is occurring at a rapid pace. In the first trimester alone, all of this is happening inside the mother’s body:

It’s safe to assume when a baby’s liver and brain are just starting to develop that drug or alcohol use by the mother carries significant risks to development. Even caffeine has been linked to an increased risk of miscarriage. The National Institute of Child Health and Development notes miscarriage is more likely if either mom or dad consume more than two caffeinated drinks per day in the formative weeks leading to conception. It isn’t hard to assume the risks that stimulants, like methamphetamine and cocaine, could pose.

If a mother has her pregnancy continue through the first trimester when the risk of miscarriage is at its highest – 10-20 percent of pregnancies end via miscarriage, per Mayo Clinic – then the risks segue further toward birth defects than fatality. Fetal alcohol spectrum disorders are the largest presumed risk, which the Centers for Disease Control and Prevention notes an approximate 2-5 percent of American first graders suffer from.

Babies who are exposed to prenatal substance abuse typically suffer from the effects of withdrawal after birth. The symptoms of this can range from pain in the body and insomnia to severe dehydration and seizures – far more than a newborn body is equipped to deal with. The Daily Mailreported the number of babies being born addicted in 2004 was seven in 1,000; fast-forward to 2013 and that figure had reached 27 in 1,000. A large portion of this increase is due to the dramatic influx of opiate abuse. The National Institute on Drug Abuse states a baby is born suffering from neonatal abstinence syndrome every 25 minutes in the United States.

Marijuana abuse is also increasingly common among pregnant mothers. The Journal of the American Academy of Pediatrics reports smoking cannabis produces five times as much carbon monoxide that cigarette smoking does, which is already known to be highly toxic to a developing fetus. Down the road, the National Institute on Drug Abuse reports that 5-year-old children who were exposed to methamphetamines prenatally are more aggressive and destructive, and more likely to have attention issues.

Of course, the detrimental effects of drugs and alcohol don’t only harm developing babies, but their mothers too. Side effects of substance abuse span from physical health disparities and mental illness to causing families and careers to fall apart.

Beyond the typical side effects incurred via substance abuse, abusing drugs or alcohol while pregnant can have additional repercussions for the pregnant mother and her relationship with her child. When a baby is born addicted to an illicit substance, Child Protective Services is often called upon to intervene. In many cases, newborns are immediately removed from their mother’s custody. In some instances, getting custody restored is quite difficult and never happens for some moms.

One of the best choices mothers can make in trying to mend the path back to parenthood and regain custody is to seek treatment for their addiction.

Don’t be afraid to reach out for help while pregnant. There is no punishment for getting help. There are treatment facilities that cater to moms-to-be and help them to not only get clean, but also to prepare for the arrival of their baby.

Continued support can be found through a number of avenues. Joining face-to-face support chapters like Alcoholics Anonymous isn’t the only option for today’s mothers. SMART Recovery and Women for Sobriety both provide online outlets for mothers who need peer support and encouragement to stay clean. There are even online support forums where mothers in recovery can reach out to connect with others who struggle with the same issues. Among some of the most popular moms’ groups online, participation rose by 259 percent between 2008 and 2011, per the Star Tribune.

Aside from support groups, therapy can go a long way in aiding to prevent relapses down the road. Cognitive Behavioral Therapy is beneficial to the majority of people in recovery from an addiction by teaching them how to cope with the stressors that led them to substance abuse in the past in healthier ways.

One of the biggest hurdles pregnant mothers face when getting treatment for substance abuse is detox. Depending on the substances being abused, certain measures may or may not be available to a woman while she is pregnant due to the risks they can pose to the developing child. However, several medications used routinely during detox are safe to use while pregnant, such as antidepressants and low-risk pain relievers. To mitigate the risk of serious side effects to the mother, which in turn affects the baby, tapering schedules may be enforced to wean the mother off abused substances slowly.

Pregnant women should be aware of the potential for increased risks of postpartum anxiety and postpartum depression following delivery of their children when substance abuse occurred while pregnant. In addition, antenatal depression may be somewhat more persistent in these women. This form of depression exists during pregnancy, and substance abuse can contribute to it greatly.

These issues are also more likely to occur in individuals who already suffer from co-occurring mental health disorders, which many people who abuse drugs and alcohol do. Cigna states 53 percent of individuals with drug abuse problems and 37 percent of people who abuse alcohol also suffer from at least one mental health disorder.

A new baby is a joyous occasion and something to celebrate. Addiction doesn’t have to overshadow that. Reach out for help today.

medical detoxpregnant womentreatment
Prefer getting help via text?
We're available 24/7 via text message. Signup below for access to our team when its convenient for you!
and many more...
Get the Info & Help You NeedWe're open across the US. Learn about your options.