Eating disorders are most common in women, though they also occur in men, and they are most likely to start during a person’s teens to early 20s. According to the Diagnostic and Statistical Manual of Mental Disorders, these disorders fall into the following categories:

Anorexia: Anorexia is marked by a pathological fear of gaining weight, to the degree that the person severely restricts food intake, as well as using other means, such as excessive exercise or induced vomiting, to achieve an extremely thin body type. A study in Current Opinions in Psychiatry shows that about 0.3 percent of young women have anorexia at some point in their lives.

Bulimia: The same study shows that about 1 percent of young women will experience bulimia at some point in life. This eating disorder manifests as regular bouts of binge eating followed by purging activities that include inducing vomiting or taking laxatives or diuretics to avoid gaining weight from the binge. Unlike those with anorexia, people with bulimia often have a normal to slightly above-average body size.

There is another category – other specified feeding or eating disorder – for disorders that are present but don’t meet the criteria for these conditions. These other eating disorders have low prevalence, but still may create a risk factor for substance abuse.

According to a study from the Journal of the American Academy of Child & Adolescent Psychiatry, young people with any type of mental illness are more likely to begin using drugs or alcohol, and transition to abuse of those substances, than those who do not have a mental disorder. In particular, 15.6 percent of those with behavior disorders, which include eating disorders, abuse alcohol; even more in this category, 24 percent, abuse drugs.

People who have eating disorders may have similar neurological issues to those who have substance use disorders, according to a study in Biological Psychiatry.

In particular, those who have bulimia or who otherwise binge eat and those who abuse substances may have similar issues within the dopamine system – a part of the brain that manages the feelings of pleasure and reward.

While this is not true for those with anorexia, there is another commonality between those with anorexia and those with bulimia in that they are more likely to have issues with anxiety, perfectionism, and mood disorders that can also contribute to substance abuse.

A study from Comprehensive Psychiatry demonstrated that 67 percent of people with binge eating disorder have some other type of mental health disorder, with the prevalence of substance use disorders at 22 percent of these individuals.

There are a few different subtypes of anorexia, including:

Substance abuse seems to differ across these types, according to a study from the International Journal of Eating Disorders. The highest prevalence of substance abuse in combination with anorexia seems to occur in those who have the binge-purge subtype, and those who report purging behaviors are more likely to abuse drugs or alcohol than those who do not purge.

Alternately, people who abuse methamphetamines, like crystal meth, are likely to develop a physical profile resembling that of people with anorexia, according to a study from the Journal of Toxicological Sciences. Crystal meth and other stimulants are sometimes drugs of abuse for people who are trying to restrict food intake, because these substances often cause a decrease in appetite.

Many studies, such as this one from European Eating Disorders Review, demonstrate that people struggling with bulimia are more likely than those with other eating disorders to abuse drugs or alcohol. In fact, the study showed that the prevalence of alcohol use among those with bulimia was 80 percent, while more than 50 percent used other substances.

People who struggle with bulimia also tend to use drugs across the spectrum more than those with any other eating disorder type – from sedatives like alcohol and anti-anxiety medications to stimulants like meth and cocaine. This correlation may indicate that a person with bulimia may have neurological or hormonal vulnerabilities in common with those that occur in substance use disorders. 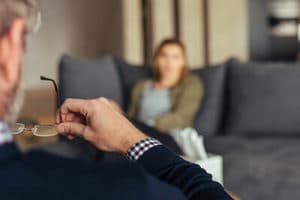 This is verified through research from Eating Disorders, Addictions and Substance Use Disorders, which concludes that integrated treatment that begins with the more acute of the two disorders but takes all elements into account during treatment is more likely to have positive outcomes. Facilities that specialize in treating co-occurring disorders are most likely to be able to meet these needs with research-based treatments like Cognitive Behavioral Therapy that can help individuals to recover from eating disorders and substance abuse.