A psychological/psychiatric disorder represents a condition that is long-term, rigid, and extreme in its presentation.

Many of the symptoms of psychiatric/psychological disorders resemble a number of behaviors, attitudes, or feelings that individuals who do not have these disorders may experience intermittently or experience to a much lower level. For example, obsessive-compulsive disorder (OCD) is a disorder that is composed of both obsessions (repetitive and anxiety-producing thoughts/beliefs) and compulsions (repetitive behaviors designed to reduce anxiety associated with the obsessions) that resemble experiences that individuals without the disorder may occasionally have, such as rechecking one’s front door to make sure it is locked and then going back after leaving and checking it again. The difference between the mental health disorder of OCD and normal variations in behavior is one that often requires an expert understanding of human behavior and psychological assessment to ascertain. Thus, only a trained and licensed mental health professional can diagnose the presence of a psychiatric/psychological disorder in anyone.

OCD is a severe psychological/psychiatric disorder that is diagnosed according to a number of specific criteria. This disorder is one disorder in a category of obsessive-compulsive type disorders that are listed in the Diagnostic and Statistical Manual of Mental Disorders – Fifth Edition published by the American Psychiatric Association (APA). This article will discuss only OCD and its relationship to substance use disorders.

According to APA, the features of OCD include:

Both the obsessions and compulsions must consume a significant amount of time (more than one hour per day nearly every day) and must also result in significant distress or dysfunction in the person’s everyday actions and activities. 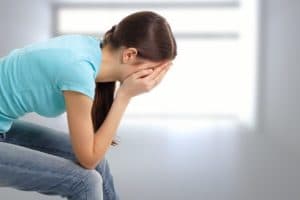 In order to be diagnosed with OCD, the above behaviors cannot be better explained by an individual’s use of drugs or medications, some other mental health disorder, or a medical condition. If any of these other conditions better explains the obsessions and compulsions that are occurring in the individual, OCD is not diagnosed. For instance, individuals with severe head injuries may develop similar presentations.

Previous research looking to better understand the different presentations of OCD has classified four basic subtypes of the disorder:

Checking subtype: Individuals often have obsessions regarding doors or windows being left open, that they may have missed something, that things are out of a specific order, etc. These obsessions are checked by repetitive and ritualized checking behaviors.
Contamination subtype: These individuals have obsessions regarding dirt, bacteria, viruses, or other types of contamination and resort to repetitive behaviors to rid themselves of these perceived contaminations, such as washing continually, cleaning, disinfecting, etc.

There is no recognized cause of OCD, and it is believed that the disorder results from a genetic predisposition that affects certain parts of the brain as well as an interaction of environmental factors.

When this disorder is diagnosed, clinicians often attempt to ascertain whether the individual with OCD has insight into their behaviors. Some individuals recognize that their obsessions and compulsions are irrational and dysfunctional, whereas others believe them to be perfectly normal for them and do not see any reason to attempt to change their behavior. This designation can be important in understanding how to approach the treatment process for the individual.

OCD and Substance Use Disorders

Individuals who are diagnosed with OCD often have other comorbid psychological/psychiatric conditions (conditions that co-occur with the OCD). OCD has significant comorbidities with major depressive disorder, anxiety disorders, bipolar disorder, ADHD, and several of the personality disorders. OCD also has a significant comorbidity with substance use disorders. The presence of OCD and a comorbid disorder, such as major depressive disorder or bipolar disorder, would increase the risk significantly that the individual would also have a substance use disorder. Several research studies have indicated that individuals who are diagnosed with OCD have relatively high rates of comorbid substance use disorders, and in many cases, the substance abuse developed after the individual’s OCD symptoms were present (although this situation does not occur in all cases).

The research also suggests that in a number of cases individuals with OCD may turn to using substances like alcohol and other drugs to cope with the anxiety or practical dysfunctional effects of their disorder (although, again, it should be stressed that this is certainly not always the case). This may suggest that if OCD can be recognized and diagnosed early in its course, there may be less of a potential for an individual to develop a comorbid substance use disorder.

Currently, a number of medications can be used in the treatment of OCD. Most often, antidepressant medications, such as tricyclic antidepressants or selective serotonin reuptake inhibitors (SSRIs), are used to reduce the issues with anxiety that is brought on by the obsessions and to control the obsessions. In addition, anti-anxiety medications such as benzodiazepines can be used, although these have a much higher risk for the development of abuse and substance use disorders.

The federal drug administration has approved the use of several different antidepressant medications to be used in the treatment of OCD, including the SSRIs Paxil, Prozac, Zoloft, and Luvox. In addition, the tricyclic antidepressant Anafranil is also approved by the FDA to be used in the treatment of OCD. These medications can assist in the control of the symptoms of OCD but do not necessarily assist in the long-term maintenance of the disorder, and when an individual discontinues the medication, their symptoms may return. This indicates that a combination treatment using medications and therapy may be the best approach.

Certain behavioral techniques can be used to reduce anxiety and to reduce the tendency to engage in obsessive behaviors. A specific type of Cognitive Behavioral Therapy known as Exposure and Response Prevention Therapy is particularly useful in the treatment of OCD. This particular type of therapy should only be attempted by an individual specifically trained in this therapy, as the technique intentionally induces the obsessions in an individual and then uses specified means to assist the person in not performing their compulsive behaviors. Over time, the obsessions and thus the compulsions dissipate. Often, individuals in this form of therapy learn specific relaxation and stress management techniques to assist them in coping with the anxiety elicited by the obsessions and to control it. Neuroimaging studies have suggested that individuals who undergo this form of therapy actually experience significant changes in their brain functioning that is associated with a reduction of their OCD symptoms.

There are rare cases of individuals who have very severe manifestations of OCD that are unresponsive to medication and therapy. Techniques such as psychosurgery (surgically removing or altering parts of the brain) and deep brain stimulation (placing a device in the brain that can alter the functioning of specific brain areas) can be used to control OCD in these cases, but these techniques are typically not used until all other options are exhausted.

When an individual is diagnosed with OCD and a co-occurring substance use disorder, the treatment process must address both disorders simultaneously. Individuals who have been diagnosed with OCD, a comorbid psychological disorder, and a co-occurring substance use disorder need to have all their issues addressed simultaneously. Any attempts to address one issue and ignore comorbid issues, such as depression or substance abuse, will result in significant obstacles to recovery.

When individuals are diagnosed with these comorbid disorders, an integrated treatment protocol is most appropriate. This protocol utilizes a multidimensional team approach to the treatment of the individual and addresses all of the issues. The team remains focused on the total recovery of the individual and communicates with one another to ensure that the treatment is successful and productive. The multidimensional team will consist of physicians (e.g., psychiatrists, addiction medicine physicians, and other specialists as appropriate) for medical management issues, psychologists, counselors, social workers, occupational therapists, physical therapists, caseworkers, vocational rehab specialists, and other professionals as needed in the individual case.

In addition, these individuals will require significant social support, and getting the family involved by means of family therapy or some other mechanism is crucial. Other social support options include community mental health groups, 12-Step groups, and other types of support groups. This type of treatment is ongoing and designed to include resources and interventions that continue to assist the person for many years.

Ready to get started?
We're available 24/7 to answer questions and help you make decisions about starting recovery.
What's next for you?Recovery is possible. We're here to help with your addiction.