How Does Abortion Affect Mental Health? Does It Have an Impact?

The Centers for Disease Control and Prevention (CDC) began documenting the number of legal, induced abortions in the United States in 1969 to understand national rates of pregnancy, birth, miscarriage, abortion, and surrounding issues. The CDC defines abortion as a medical intervention performed by a doctor, nurse practitioner, midwife, or physician assistant that terminates an ongoing pregnancy. There are numerous reasons for a woman to seek an abortion, and about one in four women in the US will have an abortion before the age of 45; however, in general, abortion rates across the US have been declining.

What Are the Long-Term Side Effects of Having an Abortion?

There is a lot of debate regarding the mental and emotional outcomes of abortions in both women and men. Over half of the women who seek abortions are already mothers, so the process likely affects not only the woman, but her partner or spouse and her other children. Changes in mental health resulting from abortion are likely tied to the amount of support a woman gets at home, at work, or in her community for her choice.

A woman who experiences an abortion may experience both physical and mental side effects. This article will address only the potential mental health side effects of abortion.

The study found that 10 percent of these issues could be linked to the woman’s abortion.

Earlier, in 2008, the American Psychiatric Association (APA) created a task force to review their evidence regarding the overlap between mental health problems and abortion. The group found that women who had abortions did experience grief, sadness, anxiety, and depression after the abortion but did not attribute the abortion as the cause of these mental and emotional struggles. APA stated that they did not believe these mental health challenges would be different whether the woman had a first trimester abortion or chose to remain pregnant and have the baby. The underlying cause of the mental health issue may relate to the cause for pursuing an abortion, but they are correlated, not causally linked.

Side Effects of Stress in Women

A large-scale study of over 1,000 women, conducted by the University of California, San Francisco in 2016, found that women were more emotionally stressed if they were denied an abortion initially rather than receiving one upon their first request. The women who were initially denied an abortion reported: 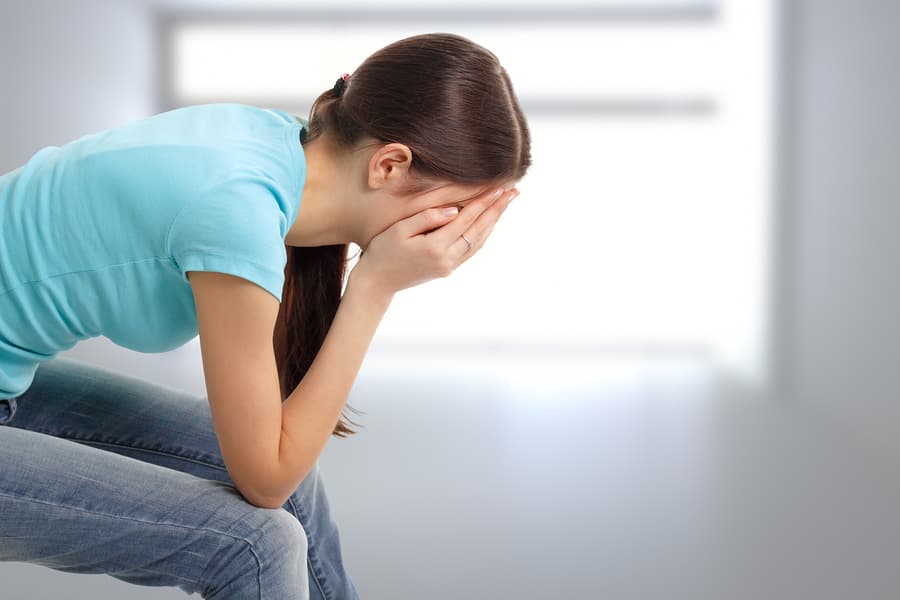 These rates were similar in women six months after they were initially denied an abortion. For all women who participated in the study, rates of depression dropped at about the same rate over the same period of time, with little to no depression experienced by the group in a five-year follow-up.

The UCSF study highlights potential triggers for these mental health struggles. Previous studies reported that low self-esteem and depression in women were highest just before having an abortion, with improvements in mental health after the procedure. An Irish study confirmed these results, with 70 percent of women reporting improved mental health after a medication abortion; the study did not examine surgical abortion.

Psychological Effects of Abortion on Women

Planned Parenthood (PP) has also kept track of medical research on the mental effects of abortion for the past 30 years. The organization quoted a survey by the Academy of Medical Royal Colleges (AMRC) in London, which reviewed all studies involving the emotional effects of abortion from 1990 to 2011. AMRC concluded that:

While abortion and mental health are correlated in women, it is rare for the medical procedure to trigger mental health problems when it is obtained legally and safely. It is more likely that these issues existed prior to the procedure or that the same stresses leading to the abortion triggered poor mental health.

are few surveys or medical studies involving men’s mental health after a female partner’s abortion, but their partner’s mental health will obviously have an impact. Vice Magazine spoke to six men who were between their early 20s and early 30s when they impregnated a woman who later decided to get an abortion. All of the men expressed relief regardless of how long-term their relationship with the female partner was because they stated they were too young to be fathers at the time of the accidental pregnancy. However, they also all expressed that their experience of a partner having an abortion was very stressful, more so than they had been prepared for.

A survey of six men is not a representative sample of all men in the United States. On average, about half of women seeking an abortion are accompanied to the clinic by their male partner; among those men, about 4 percent report being opposed to abortion. Generally, men report supporting their partner’s decision regarding children, often with an associated expression of support for having the child and relief at the decision not to have a child.

A sociologist reports from personal experience that about 90 percent of men consider the day of their partner’s abortion to be one of the most strey people. Men may be asked for more emotional support and physical caretaking than they are used to, which is also stressful. At the same time, men who are not asked for this assistance report feeling higher levels of stress.

Higher levels of stress may trigger a substance abuse problem as a form of self-medication or trigger symptoms of an underlying mental illness, especially a mood disorder.

Major life changes, including undergoing a procedure like abortion, can impact mental health because they can cause a lot of stress. Changes in mental health impact behaviors, which can lead to drug or alcohol abuse. Getting help to manage stress from a medical professional or therapist can be very important to maintaining overall balance and wellbeing.

women
Prefer getting help via text?
We're available 24/7 via text message. Signup below for access to our team when its convenient for you!
and many more...
✕
Instantly Check Your Insurance Coverage
Your information is safe & secure
At Laguna, we accept most types of private (non-government) insurance and offer a variety of payment options.
You can quickly and privately check your insurance benefits to see if you're covered for addiction treatment services. We’ll be able to tell you if your provider is in network with Laguna Treatment Center and all American Addiction Centers locations.
This means your treatment may be FREE1 depending on your policy, copay, and deductible.
Get the Info & Help You NeedWe're open across the US. Learn about your options.